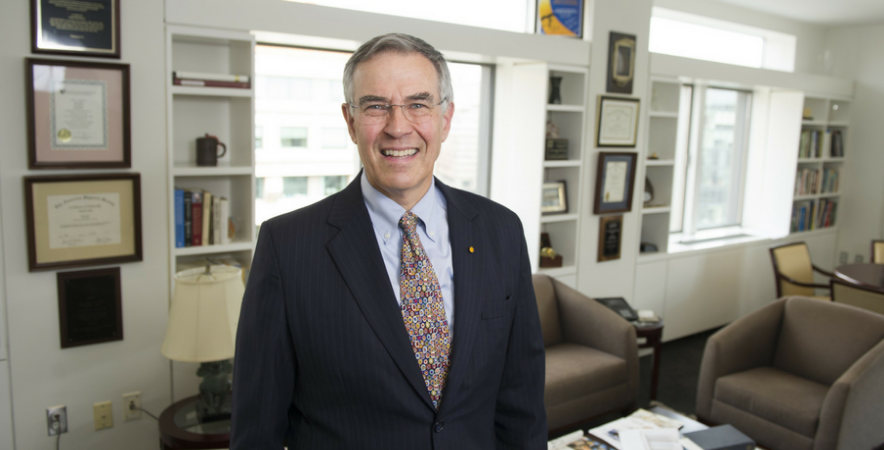 Dr. Rush Holt, CEO of the American Association for the Advancement of Science (AAAS) and EPIC Advisor, recently spoke to a group of undergraduate science majors about the importance of science and ways current researchers can advance the field. He opened by highlighting a simple irony: most people recognize the importance of scientific research – yet seem unable to clearly define it.

One of the missions of AAAS, other than building collaborative communities of scientists, is to increase public interest in the scientific approach. Accordingly, Dr. Holts sees returning to evidence-based discourse as an imperative for better decision making.

For Dr. Holt, failure to seek evidence-based answers threatens democracy. Instead of people changing positions in light of new evidence, most would rather maintain “fervently held” opinions when their beliefs are challenged. “We really want to promote the responsible use of science in our society,” Holt said. “Science helps us come to reliable knowledge, in a way that we cannot get to otherwise.”

Before coming to AAAS, Holt served for 16 years as a member of the U.S. House of Representatives, representing New Jersey’s 12th Congressional District. In Congress, Holt served as a member of the Committee on Natural Resources and the Committee on Education and the Workforce. He served on the National Commission on the Teaching of Mathematics and Science (known as the Glenn Commission), founded the Congressional Research and Development Caucus, and served as a co-chair of the Biomedical Research Caucus. Holt served eight years on the Permanent Select Committee on Intelligence and, from 2007 to 2010, chaired the Select Intelligence Oversight Panel.