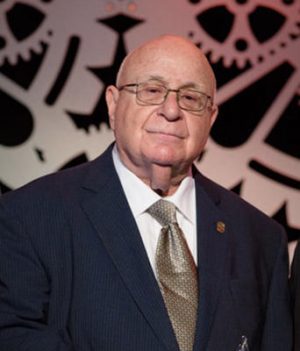 David Farber, Professor of Computer Science and Public Policy at Carnegie Mellon and EPIC Board Member, was recently selected for a prestigious fellowship at the American Association for the Advancement of Science (AAAS).

Since 1848, the AAAS has focused on advocacy and policymaking, science and diplomacy, as well as, human rights, ethics, and law. AAAS has become the world’s largest general scientific society, with several highly regarded journals.

Every year members select fellows who’ve made significant strides advancing science or its applications. Professor Farber has dedicated much of his life to the advancement of science in government, private industry, and through academics. In 2000, he was appointed Chief Technologist for the US Federal Communications Commission. He then co-directed The Penn Initiative on Markets, Technology and Policy. Farber moved on to become Director of Distributed Systems Laboratory (DSL) where he managed research in Ultra High-Speed Networking.  Then he co-founded Caine, Farber & Gordon Inc. (CFG Inc.) which became a leading supplier of software design methodology. Currently, Professor Farber continues to teach, consult, and travel.