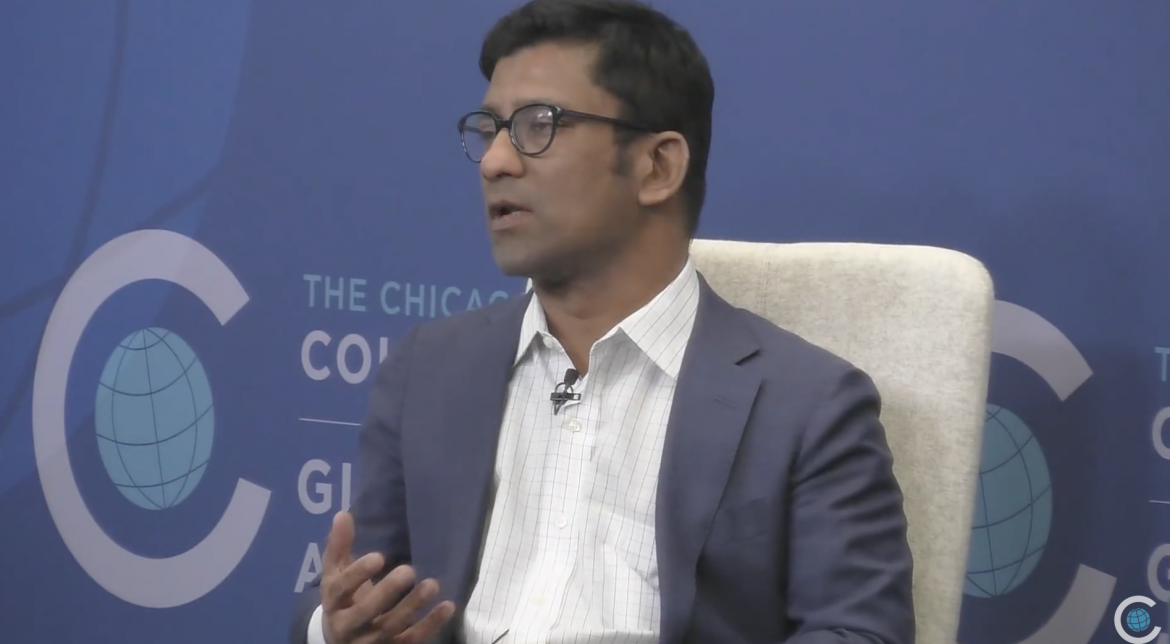 Aziz Huq, Chicago Professor of law and EPIC Advisor, along with co-author, Tom Ginsburg, open the talk they gave at the Chicago Council on Global Affairs by stating: The number of Democracies around the world have decreased. In fact, Ginsburg noted that even the U.S. has been downgraded from a “full democracy” to a “flawed democracy.”

While this is happening all over the world, U.S. citizens often ignore evidence of other eroding Democracies because many see the U.S. Constitution as the ultimate safeguard against tyranny. But as discussed in their book, How to Save a Constitutional Democracy and expounded upon in this lecture, the U.S. Constitution will not stop a populace charismatic leader.

“What we show is not only will the Constitution fail to protect us, but in many ways, it, and the way it has been interpreted, facilitate Democratic erosion.” Ginsburg says. According to Huq, leaders who claim to speak directly for the people or claim a “particular kind of authority”, populism, and where it comes from are all important issues. Still, Huq warns that the “missing piece” of the puzzle is the behavior adopted by leaders like this after they assume power.

“The missing piece is the way that the populist or the anti-Democrat, unpicks  slowly – piece by piece… logic of Democracy once they get into power.” Huq says.

Consequently, Huq suggests that we must pay attention to the signs. As he explains, if we analyze the examples of eroding Democracies in Latin American, Europe, and the Middle East there is a “tool kit” by which each leader operates.

“They exploit weaknesses and contradictions in the legal framework that underpin Democracy.” Watch this incredible and very informative lecture below.