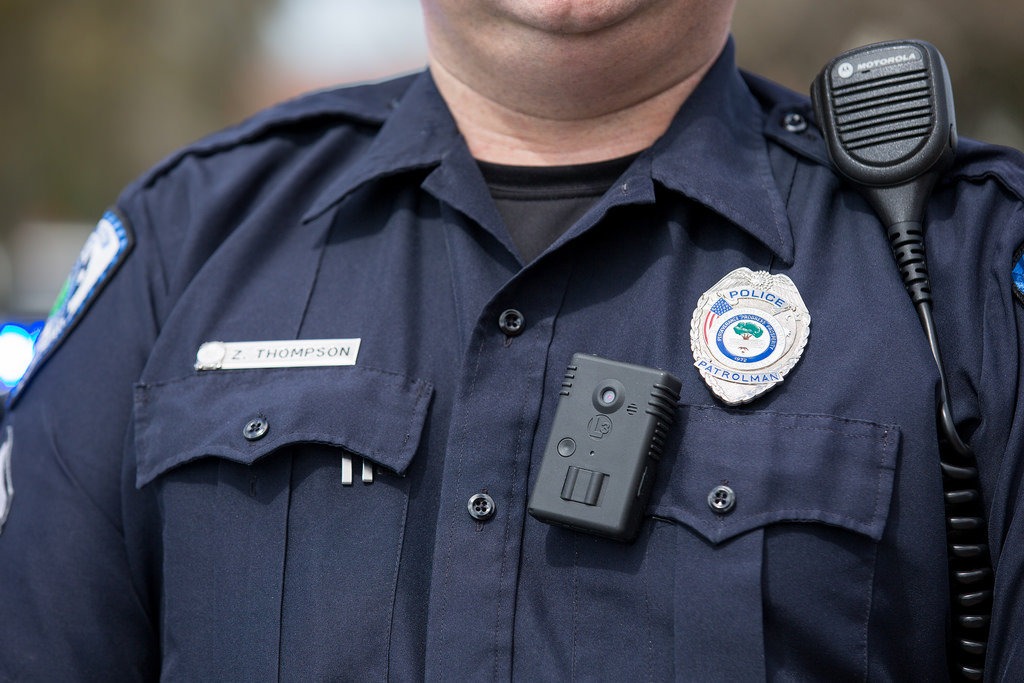 According to a Justice Department report, body cameras could improve officer professionalism, identify officers that abuse their authority, and help correct questionable police behavior. Recent studies of several police departments, including the Phoenix Police Department, suggest body cameras reduce complaints against the police and significantly lessen the use of force by officers. Body cameras can also help train and evaluate officer performance as well as ensure accurate evidence collection.

But, the cameras are not without their potential pitfalls. Police body cameras, like the cameras attached to many buildings, can be used for general surveillance of the public.

Cameras on police will routinely record all of the surroundings, not simply interactions with possible criminals. That means that police will routinely record the images of all people they pass on the sidewalk or street. It means also that the police will record all images of people in a crowd. Much of this information will then become available to supervisors, vendors and others for review and evaluation. A program to promote police accountability could easily become the basis for mass surveillance of the general public.

Mass surveillance undermines our expectation of privacy in public by permanently recording every detail of our actions. Individual public actions are barely noticed, but mass video surveillance creates a lasting record for infinite replay and scrutiny. The result is the chilling of our legal, constitutionally protected First Amendment activities.

There is also the possibility that body cameras could be coupled with facial recognition technology that will make it possible to identify people in public spaces even if they are not engaged in any suspicious activity. In Dubai, for example, the police will soon test Google Glass, connected to a database of facial images. The government says that it will help officers identify wanted criminals, but there is no reason the devices would not eventually be linked to general database of facial images. Similarly, the police in Britain are using facial recognition technology for both police body cameras and the six million CCTV cameras in the country. In both Dubai and the UK it seems likely that the absence of a match will increasingly provide the basis for suspicion.

The possibility that police body cameras in the United States will soon have similar cameras is not far fetched. In 2013, the Chicago Police Department deployed facial recognition technology to use on images from surveillance cameras and other sources. On a national level, the FBI already uses facial recognition to compare subjects in FBI investigations to millions of license and identification photos retained by state DMVs. The original purpose of ID and driver license photos was not for facial recognition. Over time, the use expanded. The FBI or other government agencies could just as easily try to tap into the wealth of images captured by body cameras worn by police.

The possibility that body cameras could expand government surveillance requires a number of questions to be answered before broad adoption: When will the recording occur? Who will have access to the recordings? What can the camera footage be used for? How long will the recordings be retained? The answers to these questions should be guided by the need for police accountability, not other law enforcement purposes.

Unfortunately, Eric Garner’s untimely death showed us that video recordings alone will not improve police accountability. Police brutality and misconduct must be met with consequences for the officer(s) involved or body cameras will merely become a surveillance archive of our failure as a nation.

Police body cameras may help improve police relations with the public, but steps must also be taken to ensure that concerns about privacy are addressed. As body cameras increase, we must guard against expanding their use and remain focused on true police accountability.