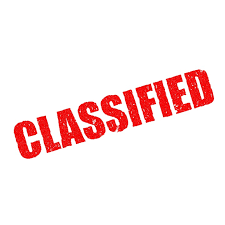 This past year, there has been a great deal of commentary, some of it derisive, regarding Representative James Sensenbrenner’s claim to have skipped relevant classified briefings and then not to have been informed of the subsequent classified programs. Ben Wittes over at Lawfare has been particularly scathing and Stewart Baker has included Sensenbrenner as a candidate for his newly-created Privy Awards, designed to honor the “Privacy Hypocrite” of the year award. Sensenbrenner ended up receiving a mere 12% of the overall vote for, placing him 4th out of 5 candidates and losing to Kathleen Sebelius.

However, upon a closer examination, this behavior is not as laughable as it might seem. In fact, it indicates an important aspect of the realities of engaging in political oversight of the highly classified intelligence community that has not yet been discussed. The desire to avoid being co-opted by the intelligence community is a powerful explanation of why a Congressional member might skip classified briefings.

Sensenbrenner explained to the Washington Post one of his primary rationales for not attending. The Post explained, “He called the practice of classified briefings a ‘rope-a-dope’ operation in which lawmakers are given information and then forbidden from speaking out about it. Members are not permitted to discuss information disclosed in classified briefings. ‘It’s the same old game they use to suck members in,’ he said.”

There has been very little discussion of the dilemma that being exposed to classified programs imposes on a member when they disagree with the program, wish to garner public support for change, and are unable to do so because of classification rules. The most prominent example is that of Senator Ron Wyden, who unable to get sufficient discussion of the NSA bulk meta-data collection program into the public sphere, decided to ask National Intelligence Director James Clapper, in open session a question he already knew the answer to.

As Ryan Lizza of the New Yorker describes the scene:

“Wyden leaned forward and read Alexander’s comment. Then he asked, ‘What I wanted to see is if you could give me a yes or no answer to the question ‘Does the N.S.A. collect any type of data at all on millions or hundreds of millions of Americans?’ ” Clapper slouched in his chair. He touched the fingertips of his right hand to his forehead and made a fist with his left hand.

‘No, sir,’ he said. He gave a quick shake of his head and looked down at the table. ‘It does not?’ Wyden asked, with exaggerated surprise. ‘Not wittingly,’ Clapper replied. He started scratching his forehead and looked away from Wyden. ‘There are cases where they could inadvertently perhaps collect, but not wittingly.’ Wyden told me, ‘The answer was obviously misleading, false.’ Feinstein said, ‘I was startled by the answer.'”

After the Snowden leaks, Clapper was forced to apologize for what he described as a “clearly erroneous” response and later in an interview to Andrea Mitchell, explained that he responded in “what I thought was the most truthful, or least untruthful manner by saying no.” It’s important to dwell on this. Clapper gave an answer that was demonstrably false. He has argued that he had a different conception of the question in his head, but either way, he gave an answer that was not true in open session and declined the opportunity to request a classified briefing (which was the appropriate response, but would have alerted the American people that the NSA does in fact collect data on “millions or hundreds of millions of Americans.”) The U.S. Congress has not yet taken any steps to censure Clapper, but on December 19, 2013, Congressman Sensenbrenner and six other Congressman, sent a letterrequesting that the DOJ investigate Clapper’s statements and respond by January 10, 2014.

Sensenbrenner and Wyden offer two different approaches to dealing with the challenges of intelligence programs that Congress is tasked to oversee, which operate in deep secrecy, away from the gaze of the American people. One attempt, led by Senator Wyden, is to attempt to continue to draw attention to the program, to question the intelligence officials heavily, and to seek to spark a debate. However, this can be frustrated by the willingness of intelligence officials to dissemble and to engage in semantic word games where words that mean one thing to the American people have a very different meaning within the intelligence community.

There is evidence that other Congressman in addition to Sensenbrenner are refusing to play the intelligence community’s game. Recently, the General Counsel for the Director for National Intelligence, Robert Litt, engaged in a defense of Clapper’s testimony in a letter to the New York Times. He argued that Clapper was “surprised by the question and focused his mind on the collection of the content of American’s communications. In that context, his answer was and is accurate.”

According to the Washington Post, this is the fourth attempt to explain Clapper’s statement and “is at odds with Clapper’s own previous admission that he had given the ‘least untruthful answer’ he could give in response to a question about a classified program.” Congressman Mike Rogers, Chairman of the House Intelligence Committee, has refused to let Litt testify before his panel since last summer, even in classified sessions. An unnamed US government official noted, “The committee has not found Bob to be the most effective witness to explain complex legal and policy issues” and his testimony before other committees has been described as “conciliatory in tone, but often tailored in legalistic fashion to obscure broader truths.”

Sensenbrenner was Chairman of the House Judiciary Committee from 2001-2007, one of the key architects of the USA Patriot Act, and thus qualified to speak on his experiences with the intelligence community and the original intentions of the USA Patriot Act. As he complained, “How can we do good oversight if we don’t get truthful and non-misleading testimony?” How indeed?