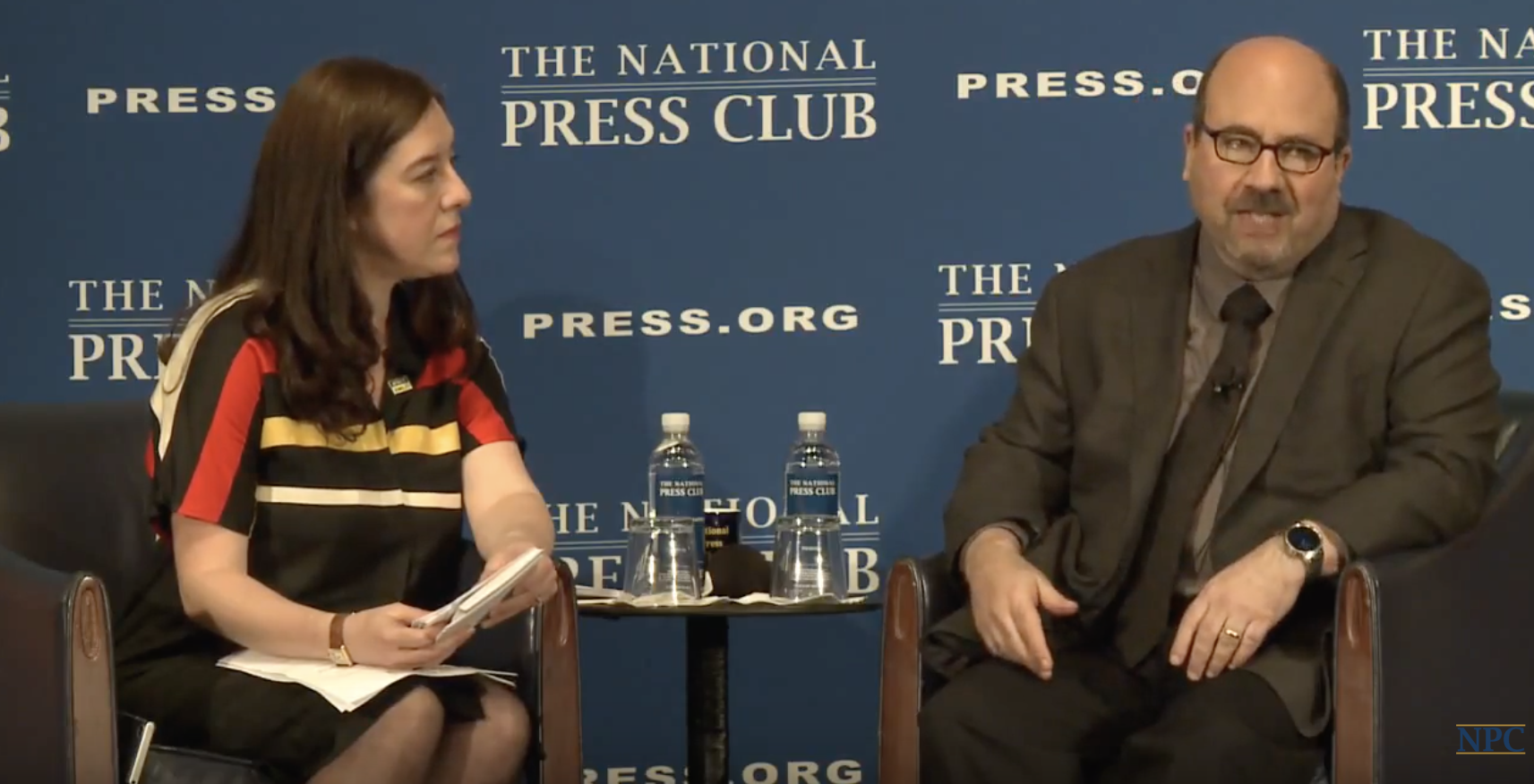 Craig Newmark, founder of Craigslist and EPIC Advisor, was invited to the National Press Club Headliners Luncheon to discuss his new philanthropic interest in journalism. Newmark recently made a $20 million-dollar pledge to The Markup – a non-profit news organization focused on investigating technology’s growing impact on society.

For Newmark, the current climate of “misinformation” renewed his interest in supporting the meaningful work journalists do. “As a journalist you are actually a part of something much bigger than yourself.” He said. “There are some stories where you can only get to the truth by looking at hard evidence and data science.”

Newmark would like to see a resurgence of more news organizations adhering to ethical standards of reporting – like thorough fact-checking and in-depth research. “A trustworthy press is the immune system of democracy.” He said, quoting his childhood teacher. “We do need reporters keeping people honest.”

Still, Newmark recognized the importance of addressing this issue on all fronts. He underscored a need for more diversity among staff writers, to include more minorities and women, greater youth participation, and increasing media literacy overall. Even for him, a talented computer programmer, there was new information to learn before he could take on this effort. “I had a growing sense that something was wrong with journalism and our democracy. I had to rapidly accelerate my education and get to action.”

Newmark thinks a greater level of active participation will be required of all of us.  He’d like to see high school students editing Wikipedia pages and writing articles, as well as,  consumers thinking about the accuracy of information before sharing. “This is a mission for the survival of our democracy.” He said. “Given the crisis in journalism today, we need all hands-on deck.”

However, Newmark didn’t limit this level of diligence solely to journalism. “We need more and more people who are smart in S.T.E.M fields for our national survival.” He noted in particular the need for more women in technology. Although The Markup is rapidly gaining attention, Newmark doesn’t want to be at the center. “Something I learned in business, is sometimes you need to learn to get out of the way.” Newmark said when asked if he would take on a role as editor. Instead, he plans to use his talents another way – by getting people to talk to each other. “We really are all in this together.” He emphasized.

What didn’t go unnoticed was Newmark’s humility and light-hearted disposition during the discussion, which was highlighted by the moderator. “I don’t see myself as a big deal.” He said. “The ultimate goal is to use money plus whatever influence I have to make a difference.”

So, what’s next for Craig Newmark Philanthropies? The short answer: It’s open for discussion, because Newmark plans to do much more. He encouraged others to visit the website and reach out. “We need to support good groups more.” He said. “I plan to do this only as long as I live. After that…it’s over.”

To see the entire conversation, click here. For more information on Craig Newmark and his current projects visit craignewmarkphilanthropies.org